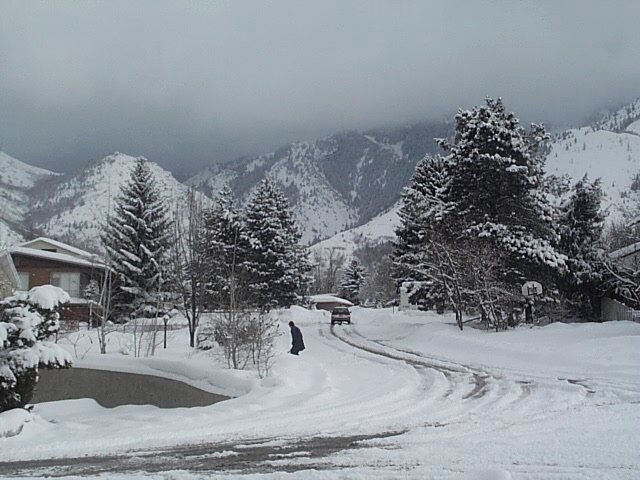 Starting off with the Monday MLK holiday and stretching through to Tuesday (snow storm closed the lab--it was much too treacherous for your diarist to drive to work so he drove to the rink instead), and finally this morning (additional 2hr delay due to residual ice on the roads--again it was much, much too dangerous to drive to work but the roads to the rink were clear as a bell, go figure), I was able to indulge in a series of low population early morning public sessions.  I'm slightly giddy just thinking about it.  Most days, these highly desirable sessions are not an option.  I just hate it when this work thing cuts into my lifestyle.

How nice to be able to skate entire dance patterns!  Complete with appropriate music--via my little iPod shuffle, set to a volume the military reserves to harass Latin American dictators and low level terrorists, (to over-ride the rink's sound system, darling).  I'll need a hearing aid if I keep this up.  Is hearing loss an under reported consequence of figure skating?  WHAT, are you talking to me?

In three days I've gone from of mucking through the Dutch Waltz and Canasta Tango, but not really getting the patterns where they must be (and having to consult my little maps), to getting those two patterns AND the Rhythm Blues pretty much down pat.  Of course my coach will break out the magic marker anyway when we next convene on Saturday--but that's her job and I gladly pay her handsomely for the abuse.  And, of course although I have the patterns pretty much where they need to go and am much better at remembering the steps, I'm only guessing at the timing.  As I wheel around the rink I attempt to remember the number of beats per step in the three dances and probably unconsciously mouth "1, 2, 3..."  Since I'm not at all musical I'm just letting the music move me through the respective dances in ways which may or may not (!) be appropriate.  We shall see.  But in the meantime I'm chuffed with my self-graded progress!

Now before I leave you with the impression that it's all a bed of roses between the hours of 9 and 11 am, I must report that first thing this morning I managed to step on the tail of my right skate blade while doing the step-behinds for the Rhythm Blues.  And yes, I went down like a ton of bricks.  Thanks to my padded shorts, once again this fall, although a good solid slam to the ice, did not define the rest of the session.  I almost decided not to gear up this morning due to the extra anticipated  time required, apres-skate, to change clothes before hurrying to work.  I'm glad that I decided to play it safe rather than sorry.  I made it to work with 15 minutes to spare.