Head Games: Get nervous before tests and competitions? Brian Orser's got an App for that.

Are you all needles and pins before hitting the ice when your name is called?  Conversely do you have trouble sleeping the night before a big event?  For around $20 bucks, maybe this App by two time Silver Olympic medalist Brian Orser is for you.  One segment of the App gets you pumped up.  The other segment lulls you to dream land.  You can read a little more about it at Peak Performance's web site:

Nope, I don't have stock in this venture.  Just something that caught my eye.
Posted by George A at 8:28 PM No comments:

Email ThisBlogThis!Share to TwitterShare to FacebookShare to Pinterest
Labels: Apps & such, Psychology and Figure Skating 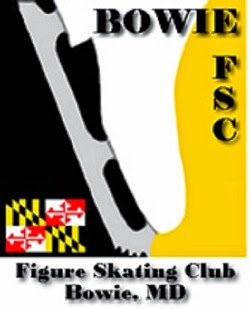 Goal Nr 3 has nothing to do with my new membership.  I plan to keep chipping away with free style group lessons under the ISI system and hopefully will pass FS-2 this year.  My one foot spin is improving at a glacial pace.  At some point I need to come to grips with the various half jumps that are included in FS-2.  I think I can, I think I can...
Posted by George A at 2:32 PM 2 comments:

Tuesday's and Thursday's summer rink schedule tends to bring out the over-achiever in me.  Adult group lessons run from 6pm to 6:30.  On Tuesdays, a two hour public session starts at 6:45 after ice resurfacing.  Thursday's schedule is the same except that the public session is replaced by a two hour freestyle session which mercifully can be purchased in one hour chunks.  So, I take a group lesson and then after a 15 minute break go back out for thirty minutes of practice followed by an ice dance lesson, followed by more practice (on Tuesday's less spendy ice).

This Thursday was going to plan.  I'd just finished the group lesson and walked from the rink barrier into the lobby to pay for an hour of freestyle time.  In my haste to pay for ice time I forgot to put on my hard guards as I walked the short distance from the ice to the rental counter where the ice time sign on sheet is kept.  This memory lapse was to soon prove important.  After paying, I walked back to a bench so that I could retie my boots and be ready as soon as the gate reopened.  As I walked I kept hearing a faint clicking noise.  The penny finally dropped--the noise was coming from my left skate.  I sat down and grabbed the heel of the blade.  Yep, it was loose.  The guy behind the counter had a Phillips head screw driver but even thought he's a beefy guy he couldn't get the slop out of the blade.  I looked through the lobby windows and the Zamboni was half way through resurfacing.  In a few minutes the clock would start ticking on my expensive hour of freestyle time!  I hobbled into the pro-shop and luckily my favorite skate tech had just finished sharpening a pair of skates.  Without having to remove my boots he was able to take a battery powered drill-driver and tighten the offending screws in the heels of both blades.  After thanking him profusely I quickly got out on the ice, wondering if my blades had shifted position during this little episode.  Fortunately they hadn't.  The upshot was that I missed a few minutes of ice time but it could have been a lot worse.

There are a couple of take homes from this little cautionary tale: (1) although my hearing has diminished over the years it's reassuring to know that I can still heard the faint warning signals of impending doom (!);  (2) more importantly, along with keeping track of the hours between blade sharpening, I need to be a little more attentive to inspecting the screws which hold the major parts of my equipage together so that I don't emulate the horseman in the old rhyme "for the want of a nail the kingdom was lost".   When was the last time you reached down and gave your blades a good yank?

Oh, and how did the first ice dance lesson of the new season go?  As I suspected, my partner and I have become quite rusty during the two month hiatus when our rink was closed for annual maintenance.  Having said that it felt good to be back in the harness.  Our coach didn't apply the lash too severely and I predict that we'll make good progress this new season!
Posted by George A at 11:15 AM 4 comments:

Recently discovered on the Blog-o-sphere

I'm always trolling for new and interesting Blogspots related to figure skating and ice dance.  If you're interested in ice dance I recommend the "Ice Dance Analysts".  I've added that blog to the "blogs I follow" list at the right of this page.  They don't post daily, but each post which I've read is very comprehensive.  A taste of that blog's content can be sampled here.  Enjoy!