How do they do it?

Last week I was blessed by a cancellation which resulted in me having a coached lesson; a rare thing since I lost my regular time slot with a popular coach.  The timing of the lesson was set to begin after the first thirty minutes of a public session which was an hour and a half long.  Perfect.  Thirty minutes to warm up my legs and warm up my dances.

Now I don't know about all coaches, but this particular one, plus a few others at our rink which I've not taken from, have the remarkable ability of showing up at almost the last minute for a scheduled lesson.  They're never late but never are they overly early.  They show up in the lobby with just enough time to lace up their skates and hit the ice.  It's as if, like migrating birds, they have very precise internal clocks and GPS systems which infallibly get them to which ever rink and lesson bang on the dot every time.  Traffic snarls don't seem to impact their equation.  The efficiency of this is to me impressive.  Whenever I cut a trip to the rink close it costs me at the minimum ten minutes of ice time.

The other noteworthy thing about this "just in time" delivery philosophy is that coaches don't seem to
need warm up time.  There's none of that six minute warm up hocus-pocus that competitors get.  Nope, a coach steps out on the ice ready to go.  By way of comparison, your old diarist likes to arrive at the rink with enough time in hand to briskly walk around the rink perimeter for 15 minutes while the Zamboni operator does his thing prior to the beginning of the session.  Following that bit of brisk walking I lace up but then need at least a couple laps around the rink with forward stroking, some power pulls and my latest warm up trick, doing forward cross rolls down the long axis of the rink, before even thinking about turns, backwards skating or the like.  I realize that coaches are younger than me.  That's hardly news:  practically every skater out on the ice is younger than me.  Having said that I still see many thirty-somethings putting in their warm up time prior to attempting any demanding elements.  How do coaches perform without warming up?  Do they have electric socks which send jolts of stimulating energy up their legs as they drive in for the lesson?  Are the individuals who gravitate to coaching those genetically endowed with perpetually warmed up legs?

We could eat up a lot of time pondering these things.  But for now I'll just have to accept my observation without any meaningful experimental test to demonstrate the validity of one explanation over another.
Posted by George A at 5:05 PM 7 comments:

Email ThisBlogThis!Share to TwitterShare to FacebookShare to Pinterest
Labels: This & That 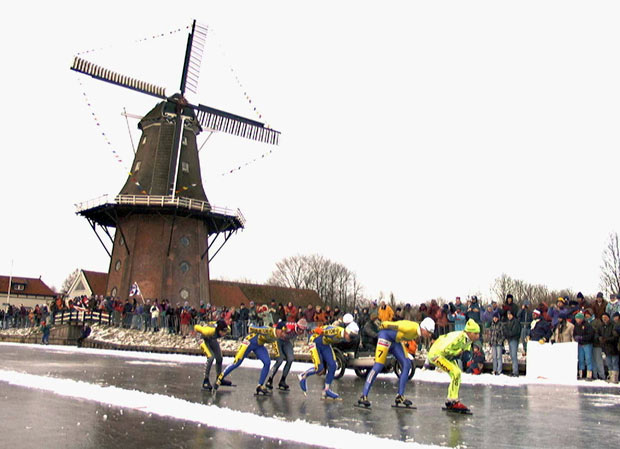