So many bad habits, so little time 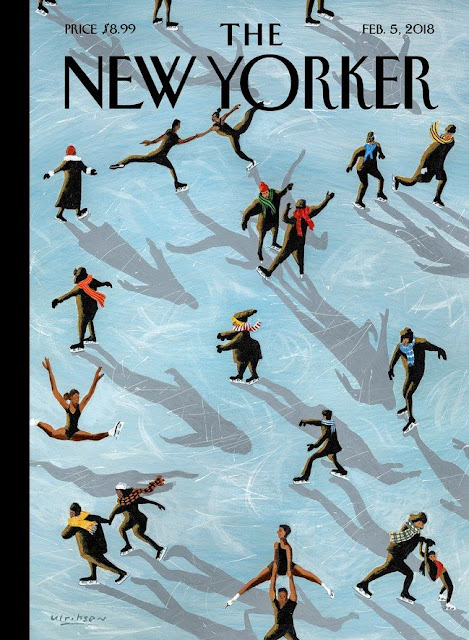 Last night's lesson with Coach A. was devoted to breaking down just about every poor excuse for a turn which I have in my tool box: FO3s, FI3s, Mohawks, even two foot turns were dragged kicking and screaming from their dark hiding places.  At one point she threatened to add Bracket turns to the party and I don't even know how to do those--badly yet!  Then she said something about Counters and Rockers.  Yow!  By the end of the lesson I was so self-conscious I could barely stand up let alone turn!  All those erstwhile things that I use as crutches to get me turned from one direction to the other and from one edge to another are being righteously heaved onto the bonfire of the vanities.  I can't say whether or not my various attempts at turning qualify as "occasions of sin" but they all stand condemned under the unflinching glare of Coach A!

Turns out (HA-HA) that me and my ankles (not to be confused with me and my shadow) need to get better acquainted.  Apparently I've been relying on knee bend and "forcing the turn" to get the job done way too long.  Now I've gotta tidy things up and get "hip" with the feeling of rolling back and forth on the rocker of my blades (without engaging the toe picks, of course).  Oh, that plus winding up with my weight on the correct leg after completing the turn in question rather than collapsing and being forced to put the free skate down--can I say "check, please"?   Additionally, my turns all tend to have way too much edge for ice dance, meaning that they curve more than they should.  Coach A. wants to see turns that somehow start off flat (but without skidding) and exit more or less on a straight line.

After a bit of experimentation with rocking around on my blades she asked if I could feel the muscles in my ankles.  The only sensation I could report was that of the tongues of my boots cutting into my shins--maybe that counts for something?  Meh, probably not the answer she was looking for.  I'm having a steadying glass of rum as I type this.  As Zippy might say "am I making progress yet?"