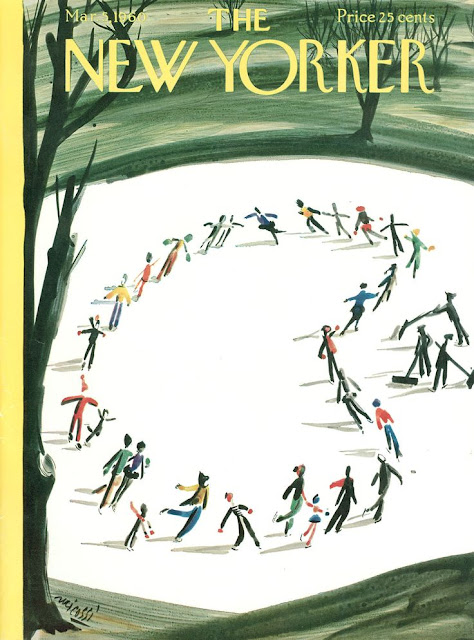 Coach A. and I have been chipping away at my wonky CC forward inside Mohawk.  It's improving but at a glacial pace.  Last night she had a little surprise waiting for me.  Her brother, Coach B. is also an ice dancer and after his final student for the evening had departed she had me attempt the turn while he watched.  He suggestion was that I wasn't pre-rotated enough to allow me to control the exit edge.  As a consequence I'm breaking at the waist and then collapsing to my right side as my weight falls into the circle.

Jo commented on my last post that she finds success with this particular turn by mindfully leading with her entry side hip which is another way of saying that I need to rotate more prior to establishing the entry edge for the turn.

I tried it several times under the combined glare of the brother-sister coaching pair and had limited but promising success.  I'll need to try this on my own when I get a chance to skate again later in the week.

Another benefit of having a second coach is that there was a second pair of eyes watching as Coach A. and I practiced chasses and back swing rolls.  Coach B. pointed out that I was wide stepping most of the time--something that his sister can't see while we're partnered.  So, lots to think about and tidy up.

After my lesson was over the brother-sister pair practiced several dances together during the remaining ice time.  A treat to watch!
Posted by George A at 9:06 PM